It is especially West Asia that has been explored archaeologically. In addition, the very varied natural conditions and great distances mean that we have a differentiated and incomplete picture of cultural development.

Ancient and Middle Paleolithic finds are known from several places in Asia, best investigated are those in the eastern Mediterranean (by Jerusalem, Aleppo, Karkemish, etc.) that can be put into the better known European-North African context. In India, there are finds of an older paleolithic character, partly with the spot industry in the northern regions and Bakindia, and partly with nuclear tools in the central and southern parts of the country. They belong to the older Ice and Middle Ages, which have also been found in the Central Asian high mountain area.

Particularly important are the skeletal finds from Zhoukoudian near Beijing in northern China and at Trinil in Java. In both places, remains of a primitive human race belonging to the so-called paleoanthropic type have been found and must be dated to an early period of paleolithic time. The Beijing finds have also provided primitive quartz staining tools.

Younger Paleolithic and Mesolithic cultures are richer represented and somewhat better known, especially in West Asia. From the last Ice Age, a number of late Acheuléen sites are known here. Important findings are the cave settlements in the Carmel Mountains in Palestine and Zarzi in Northern Iran. Late Paleolithic discoveries have also been made in Siberia.

Mesolithic cultures with microliths (flint implements) are known from Siberia (Afontova by Jenisej), Mongolia, India (the Windy Mountains), Malaya, Indochina and Indonesia. For a large part, these can be difficult to determine; in the more remote regions of Southeast Asia, such stone-age cultures seem to have stayed very far down in time. The cave paintings from the Vindhyas mountains in India, which are stylistically related to the art of hunting from the last ice age and post-glacial period in Europe and Africa, should therefore perhaps be given a relatively late date. In Western Asia, they form a number of local groups; the discoveries consist of settlements by rivers and in oases, in caves and as kitchen meetings.

The most famous is the natufien culture in Palestine. Livestock were still unknown here, but gravel and grindstone were found to cut and grind wild grain and grass. It has nowhere been possible to follow a safe line of development from Mesolithic to Neolithic cultures, despite the fact that residuals from the two cultural forms are often found directly above each other. However, it is believed that agriculture, livestock breeding and village settlement have grown in the area between Egypt and Iran.

The oldest Neolithic finds are located in northern Syria, northern Iraq and western Iran (Jericho, Samara, Jarmo, Hassuna, Sialk) and probably date back to the 8th millennium BC. See Countryaah.com for all countries in Middle East. The special settlement conditions in Western Asia, where villages and towns were erected by dried or burnt clay in the same places over the millennia, have yielded the distinctive town mounds (tell, carpet, kurgan, etc.) that can be more than 20 m high.

These may contain distinct cultural layers and ruins from early prehistoric to modern times, and thus, for Mesopotamia and neighboring regions it has been possible to divide the prehistory from ca. 6000 to approx. 3000 BC in four main sections: (1) The Halaf period of cold-hammered copper utensils and painted ceramics; (2) The Al Ubaid period with some bronze tools and the first major temple buildings; (3) The period of turmoil which, with unpainted pottery, engraved cylinder seals and the first writing, marks a cultural breach and probably an invasion of foreign people; (4) The Jemdet-Nasr period, which shows a fusion of the former cultural elements and lies on the border of historical time.

Immediately after 3000 BC follows the dynastic era with the first historically-situated city-states and kings. During this time, the village communities develop into cities, with a number of technical inventions, and improvements occur: melting and casting of metal, turning of pots, plows, etc. The same development can be followed throughout Western Asia from Asia Minor to Iran, but the prehistoric era lasts here down through the ancient Bronze Age, to ca. 2000 BC or longer. Before and during the oldest Hittite kingdom, a rich Bronze Age culture flourished in Asia Minor, exerting a strong influence on contemporary European cultures.

Blue. can be mentioned the rich royal tombs of Troy and Alaca Hüyük. The numerous surveys of city highlands in Syria and Palestine have provided important links between Mesopotamian and Egyptian cultural areas. The oldest finds from North-West Indian village cultures (Quetta, Nal, Amri, Zob) date back to Persian cultures and date back to the 4th millennium BC. The rich Indus culture of the third millennium forms a parallel to the contemporary urban communities in Mesopotamia, but is still prehistoric, since it was not possible to interpret the inscriptions from the finds. It is known since the 1920s from a number of city mounds, the most important being Mohenjo-Daro and Harappa with large, fortified urban facilities, temples and palaces.

Neolithic finds from the as yet unexplored Central Asia (Anau) and from the Henan province of China have yielded painted ceramics akin to the oldest West Asian. Neolithic cultures in China are still little known. The rich Chinese ancient Bronze Age culture down to the third millennium is still prehistoric and has exerted a strong influence on cultural development elsewhere in East and Southeast Asia. Younger stone age finds with pottery are known from kitchen meetings in Japan and Bakindia, Indochina and Indonesia.

The first use of iron appears in Asia Minor as early as the end of the third millennium (Alaca Hüyük), but becomes common only in historical times (from the middle of the second millennium) in Western, and later in East Asia. Already in the Bronze Age (about 2000 BC) the Indus culture is in decline; The following centuries to the beginning of the historical period of the 400s are little known in India. In Japan, an actual Bronze Age is missing; from the earliest Iron Age (c. 500 BC – 500 AD) date a number of burial mounds with stone chambers.

In Northern Siberia, prehistoric cultures have lived just down in modern times, from which are specialized fishing communities with stone-bronze age implements, later iron implements, related to younger trapping cultures in Northeastern Europe and North America, see Arctic Stone Age and North America (Prehistory). By the way, Siberia can exhibit a rich Bronze and Iron Age, among other things. Ananino culture in Western Siberia and eastern Russia and the eastern, Minusian Bronze Age. Typical are round or square burial mounds (baskets), often with boulders and with burial sites for unburned dead in wooden chests, with a distinctive pottery and bronze animal figures. 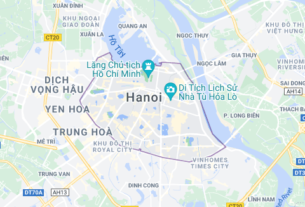 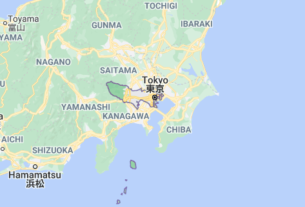