Been independent since 1878 , Bulgaria was a monarchy until the 1946 referendum which established the people’s republic; following the democratization process that affected the country in 1989, like others in Eastern Europe, a new Constitution was drafted, approved in 1991, in which Bulgaria is defined as a parliamentary republic founded on the division of powers, the freedom of opinion and the market economy and which provides for election by universal suffrage the President of the Republic, which has a 5-year term, and the National Assembly Unicameral Parliament – made up of 240 members elected for 4 years. The president is also the head of the armed forces and can send the laws back to Parliament if he does not approve them; the National Assembly, however, can nullify its veto with a simple majority vote. The head of government is appointed by the president, who is required to choose the party leader most represented in the Assembly. The judicial system is based on European law and provides for an independent judiciary led by a Supreme Council whose members are appointed half by the judges and half by the Parliament. The death penalty was formally abolished in 1998 after an 8-year moratorium. National defense includes a compulsory nine-month conscription for children over 18, to which are added professional voluntary armed forces. The school system underwent radical reforms after 1989, to escape the excessive politicization they had been forced to undergo during the years of the communist regime; the reforms, on the other hand, ended up breaking the principle of gratuity, just as schools of all levels and levels imposed fees on families. Teaching is divided into primary (4 years) and secondary (with a first cycle of 4 years and a pre-university cycle of 3). According to andyeducation, school attendance is compulsory for 8 years, from 6 to 14. The illiteracy rate in Bulgaria was minimized during the Communist period (1.7% in 2008), while previously the largely sectarian school.

Bulgarian folklore is clearly anchored in peasant traditions, as emerges from the legends and rites that accompanied the cycle of life. Dances and songs dominate in this tradition, as generally in Balkan folklore. With sad lullabies reminiscent of Portuguese fado, epic songs are widespread, where hajduki, bandits-heroes protectors of the weak, have lent themselves to inspire the new revolutionary songs. Numerous beliefs and various rites, still alive in the countryside, albeit subject to a progressive abandonment as even the rural areas conform to the cultural models imported from Western Europe, preserve alongside the Christian inspiration strong pagan and proto-Slavic residues: the use of festive fires (Eve of Lent, St. John, Christmas), the tradition of flaming arrows, torchlight processions. Singular is the festival of the kukkeri, which survives in Thrace and is perhaps of Greek origin; it is a carnival rite during which the participants dress up wearing goatskin jackets. Flourishing wood crafts; also noteworthy are those of ceramics, goldsmiths, carpets and embroideries. The popular costume was the richest and most varied of the Balkan costumes; during the second half of the twentieth century it underwent modernizations which reduced its original splendor of oriental taste, and it has now been abandoned almost everywhere. Instead, what was the typical white male costume has disappeared for decades, while a black costume is still worn by the elderly who live in the most isolated rural locations. Among the female costumes resist, but limited to women of a certain age in rural districts, those in sukman (with black or blue embroidered tunic) and saya (from the name of another type of tunic that is worn over a white shirt). Even the handkerchief (marahmà), bordered in red, is now worn almost exclusively by older women. Among the most popular sports activities (wrestling, shooting, basketball) are hunting and horse racing (horses are an ancient Bulgarian passion: they still celebrate “horse day”). § When they sit around at a table, Bulgarians particularly love appetizers (hot and cold), which therefore dominate the country’s gastronomy. National dishes are the čorba(a very tasty soup) and the kebapčeta (grilled minced meat balls), but tripe, sauerkraut, peppers, spicy stews of meat and ragù are also widely consumed. Among the Bulgarian specialties we must remember a salami called lucanca, very spicy and seasoned, and the kavarmà, a dish of pork or chicken with peppers, mushrooms, onion and eggs. Very popular among vegetables are eggplants, peppers and onions: eggplant caviar or kyopolu is a typical dish that combines all three. The most popular sweets are of Turkish origin (locum, halva), as is the yogurt, now international, but extraordinarily appreciated in Bulgaria. The most popular drinks are rakia (brandy), slivova (plum brandy) and the famous rose liqueur. 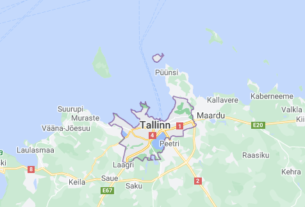 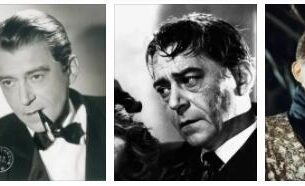