Greenland. During the year there were several reports that Greenlandic children are doing very poorly. In Umanaq’s municipality, for example, nearly half of the preschool children were known by the community as victims of inadequate care and almost every fifth school pupil was in need of special education. It was also reported that the police at Greenland received 118 reports of sexual abuse against children in 2003. This was 16 times more per inhabitant than in Denmark.

The World Wildlife Fund warned in April that the polar bear strain on Greenland is in danger unless catch quotas are introduced. The self-government government then called for limited catches and planned to introduce quotas from the beginning of 2006. According to the World Nature Fund, more than 200 polar bears are caught on Greenland each year.

During the year there was a diplomatic battle between Denmark and Canada over the uninhabited island of Hans Island between Greenland and Canada. The self-government government’s deputy chairman considered that a visit by the Canadian Secretary of Defense and some soldiers on the island was to be considered an occupation.

In September, the media revealed that the self-government has kept a secret report on organized fraud in the fish industry for perhaps SEK 150 million. Among other things, it should have been cheated with shrimp quotas, where large quantities of shrimp were fished and sold black. The trawlers’ organization rejected the allegations of fraud. At the time of the disclosure, the self-governing government had no responsibility for catching and fishing, as two members were forced to resign after misuse of representation accounts.

The problems arose for the government when the coalition could not agree on the budget, and President Hans Enoksen of the Social Democratic Siumut decided to announce new elections until November.

Despite the political scandals, Siumut managed to retain its 10 seats in the elections, while the coalition partner, the left-wing Inuit Ataqatigiit (IA), lost a seat and stayed at 7. The bourgeois opposition party Democrats had the greatest success, rising from five to seven seats. Civil Atassut received 6 seats. The county council has a total of 31 seats, and 13 of these were taken after the election of women. As a result of the election, a broad self-government government was formed with Siumut, IA and Atassut. Hans Enoksen continued as head of government.

GREENLAND. – The Danish colony of Greenland, after having abruptly entered the circuit of strategic interests and international air routes during the Second World War, preserved and increased its importance for the advanced defense of the North American continent and as a base for northern civil air routes , following the outbreak of the Cold War. In the immediate post-war period there was also talk of the sale of the Greenland to the United States. But Denmark, while accepting the North American military protection of Greenland and the installation of North American bases in its territory with the 1951 treaty, revived its political and economic interest for the distant dependence.

Explorations. – The knowledge of Greenland has made great progress in the last quarter of a century, despite the disappearance of its greatest explorer, K. Rasmussen (1933), and the interruption due to the world war during which the island hosted places observation; some of them continued to function even for some time after the end of the war operations.

In 1952 a French expedition settled in A. Wegener’s Eismitte station and a British station (Northice) was established in the Land of Queen Louise at 78 ° 7 ‘lat. N. The French have been the most active in recent years, especially thanks to the institution “Expéditions polaires françaises”, animator PE Victor who since 1950 has carried out, with the assistance of specialized collaborators, glaciological, naturalistic and even ethnological observations and measurements on the Eskimo environment. The British expedition operated from 1952 to 1954 in Greenland di NE carrying out topographic and glaciological surveys on the continental ice and on the behavior of peripheral glaciers. Systematic observations in the meteorological field have also given remarkable results by modifying previously commonly accepted hypotheses,

The station of Thule, at 76 ° 35 lat. N, where the USA set up an air base with a meteorological station and radio during the Second World War, has become a center of radiation for reconnaissance and studies throughout the surrounding region. Further north, at about 83 ° N lat. on Peary Land, there is the Bronlund Fjord airport with permanent installations.

During the war the North American Arctic Institute was also founded by agreement between the USA and Canada; it carries out aerial photographic surveys, geological, glaciological, biological studies and also archaeological and ethnological research. In this last field the Danes are always very active: the results are mostly exposed in the authoritative periodical Meddelesler om Grønland.

Government and population. – Until 1953 Greenland was administered by a Danish central government department. On June 5 of that year, under the new constitution, the island became a Danish county represented by two deputies of the Danish Parliament. It is divided into three districts. Population as of Dec 31. 1955 was 27,101 residents (of which 1867 Europeans) and divided as follows: western district 24,660 residents, eastern district 1986 residents, northern district (Thule) 455 residents Main centers: Godhavn about 750, Godthaab 2,400, Angmassalik 1350, Thule 370.

Economy. – Hunting and fishing are still the main occupations of the residents. But changes of great importance have occurred in fishing activity, as a consequence of the fact that the temperatures throughout the Arctic have been going very slowly but continuously for several decades, and the phenomenon is noticeable to a considerable extent on the western coasts of the Greenland ice that for the past: in the warm waters, fish of considerable importance for the human economy and especially cod, of which 25-30,000 t (31,500 in 1957) are now fished every year, come up from the south, while purely polar animals retreat to the north. Greenland now has at least 2200 professional fishermen. There is also some greater possibility for sheep farming (20-21,000 heads), although grazing areas are very limited.

The subsoil gives cryolite (Ivigtut mines), which is widely exported. In 1948 lead and zinc deposits were discovered at Mestersvig in eastern Greenland in 1956 its exploitation began by “Nordisk Minerelskab A / S”. Coal is found in more than one locality, but has a low calorific value. Greenland is connected to Denmark by regular navigation services during the summer season and by permanent air services. It is then flown over by some polar routes, the main one being the Europe-Japan route. International airports in Thule and Sondrestrom. 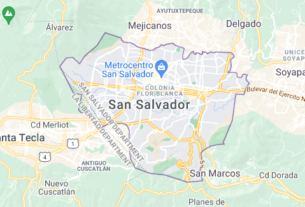 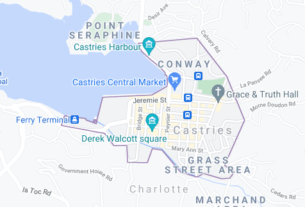