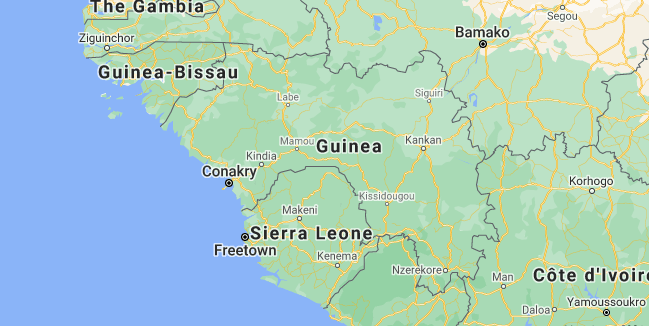 Guinea. On January 19, reports came that a column in which President Lansana Conté was traveling had been shot by unknown men. However, Conté did well and no casualties were reported. Hundreds of people are said to have been arrested in what the regime called a coup attempt. However, most of the arrested were released after a few days. According to countryaah, Conakry is the capital and one of the major cities within the country of Guinea. Parts of the opposition expressed open doubt that an attack had taken place. The government later accused former Liberian President Charles Taylor, who was in exile in Nigeria, of being involved in the coup attempt.

In March, reports came out that the president’s already failing health had deteriorated. Conté has dominated the country’s politics since the 1984 coup and all opposition has been suppressed. This has raised concerns about what will happen when he dies or is forced to resign. The country’s economy failed and sharp price increases for food and fuel led to strikes and street protests during the summer and autumn.

Opposition politician Alpha Condé, leader of the Guinean People’s Party (RPG) returned to his home country in July after several years in exile.

In November, cuts in defense were announced and nearly 2,000 soldiers would retire at the turn of the year. The highest ranking officer allowed to go was Army Chief General Mamadou Bailo Diallo.

Municipal elections were held on December 18. The opposition parties, which boycotted the parliamentary elections in 2002, now chose to stand. However, none of them could threaten the ruling Unit and Progress Party (PUP). Opposition parties accused the government of cheating, but election observers claimed that the election had largely been properly conducted. However, relatively few voters participated in the elections.

In a statement from the US Embassy in Guinea, the United States expressed concern about the “inconsistencies” between the official and preliminary results of the October 18 presidential election and the information compiled at the polls. In the past, the EU has also made statements in the same direction, criticizing the lack of transparency in the counting process. Both the United States and the European Union call on the parties to try to resolve the conflict by peaceful means. At the same time, there are reports that the blockade of opposition leader Cellou Dalein Diallo’s residence has now been lifted and the security forces have generally begun to withdraw from the areas in Conakry where the opposition is strong.

At least 21 dead in value turmoil

At least 21 people have been killed in the unrest following the October 18 presidential election, according to state television, but the opposition says 27 people have been killed. At the same time, Mamadou Bano Sow, Vice-President of the Electoral Commission, says that the election should be rescheduled in its entirety due to extensive irregularities. He is instructed by the chairman of the Electoral Commission, Cabinet Cissé, who believes that Sow has exceeded his powers and will possibly be prosecuted. The foreign mediators from the UN, the African Union (AU) and the West African co-operation organization Ecowas call on the authorities to lift the police blockade of the opposition leader Cellou Dalein Diallo’s residence which has now been going on for several days.

The outside world is trying to mediate in the conflict

A delegation with representatives of the UN, the African Union (AU) and the West African cooperation organization Ecowas travels to Guinea to try to mediate in the conflict between the government and the opposition. The purpose is to try to prevent the violence that erupted after the election from escalating.

President Alpha Condé wins the presidential election with just over 59 percent of the vote, according to the official result presented today, several days later than the election commission previously promised. Opposition leader Cellou Dalein Diallo, who claimed the day after the October 18 election that he had won, came in second with just over 33 percent of the vote. He now questions the independence of the Electoral Commission. The internet connections that worked well during the election itself were shut down on October 23, at the same time as the constituencies submitted their results. Outsiders have therefore not been able to assess the figures received in real time and thereby be able to rule out irregularities. The unrest that erupted after the election has now claimed at least ten lives and looks set to continue.

The counting of votes after the presidential election continues, and according to the Election Commission, President Alpha Condé has won in the 14 constituencies where the counting of votes has been completed. Condé calls for calm, but the unrest continues and six people are said to have been killed during the day. In Conakry, protesters clash with security forces, and in several places in the capital, protesting youths set up barricades, burn car tires and old furniture and throw stones at police, who respond by firing tear gas at protesters. Unrest also occurs in other parts of the country. At the same time, two members of the Election Commission are resigning, claiming that there have been deviations in the election and that they cannot guarantee that things have gone right.

Condé leads in the presidential election, according to preliminary figures

The Electoral Commission says that President Alpha Condé is clearly leading in four of the 38 constituencies where there is now a preliminary result. Election observers from the African Union (AU) and the West African cooperation organization Ecowas approve the election and say that it has largely been conducted correctly. They say that opposition leader Cellou Dalein Diallo’s claim that he has already won the election is not true. In a joint statement, the UN, AU and Ecowas regret Diallo’s actions, which are believed to risk leading to unrest. At the same time, Fodé accuses Oussou Fofana, who led Diallo’s campaign, of President Condé of electoral fraud.

Opposition leader Cellou Dalein Diallo claims at a press conference in Conakry that he has won the presidential election, despite “some deviations”. He urges all supporters “who love peace and justice” to defend his victory. Outside the UFDG’s party headquarters, his supporters gather and shout “Cellou as president”. However, the information has not been confirmed by other sources, the Election Commission comments on this by saying that the counting of votes is still ongoing and that only he can present the result and President Alpha Condé’s party RPG condemned the opposition leader’s move.

Guinea’s presidential election is being held under tense conditions, but no violence has been reported during election day. Most observers believe that incumbent President Alpha Condé will win. Of the other 11 candidates, only UFDG leader Cellou Dalein Diallo is considered to be able to challenge him. Condé’s participation in the election is controversial as he is running for a third term, despite the fact that the constitution only allows a president to be re-elected once. This is happening since a new constitution was adopted in March 2020, and that the new rules apply from then on, something the opposition opposes. Before the election, Diallo says that he does not intend to approve the result if he does not win. At the same time, some observers believe that his decision to participate in the election gives it legitimacy and reduces the risk of violence breaking out. According to the Election Act, a result must be presented within 72 hours after the polling stations have been closed. The candidates have eight days to appeal the result. If no candidate receives more than half of the votes, a second round of elections will be held on 24 November. In the days before the election, there were reports that Condé’s supporters in Conakry had torn down the election posters of opposition candidates and prevented opposition columns from appearing.

At least 90 people have been killed since October 2019 in protests against President Alpha Condé being able to stand for re-election for a third term, the opposition movement FNDC claims. Forty-five protesters, eight of whom have not yet been identified, are said to have been shot dead by security forces. Representatives of the government say that about 40 people have been killed in clashes between protesters and police, but that it is not possible to say that they were killed by the security forces and question that as many as 90 people may have been killed. The protests largely concerned the new constitution adopted in March 2020 in a referendum that was boycotted by large sections of the opposition.

Dalein Diallo calls on President Condé to resign before the election

Opposition leader Cellou Dalein Diallo, 68, is urging President Alpha Condé to step down “with dignity” before the October 18 presidential election. He claims that Condé, 82, no longer has “the physical or intellectual ability” to lead the country.

Tensions are rising ahead of the election, Condé urges calm

At an election rally in Conakry, President Alpha Condé urges his supporters to remain calm and not be provoked by the opposition. At the same time, Condé is marking against his main opponent Cellou Dalein Diallo, whom he accuses of being a creation of the former dictator Lansana Conté (he was prime minister during part of Conté’s rule). A few days later, the president promises to accept the election result, and claims that it is absurd that he, as an old democracy activist, could be seen as a dictator clinging to power. At the same time, tensions in the country are rising ahead of the October 18 presidential election. In late September, a young man was shot dead by security forces in protest of Prime Minister Ibrahima Kassory Fofana’s visit to Dalaba in the central part of the country, where opposition is strong.

Amnesty: at least 50 people were killed during protests in 2019

According to a report by Amnesty International, at least 50 people were killed during protests in 2019. Most were killed during opposition demonstrations against President Alpha Condé wanting to change the constitution to allow him to stand for re-election. Police and the military are said to be behind most of the fatal shootings and that they have not been punished for this. More than 200 people are said to have been injured and about 70 were arrested on arbitrary grounds. 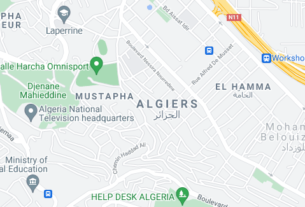