When the victorious powers at the end of World War II decided to strengthen international economic cooperation, it was against the background of the perception that the difficult economic crisis of the interwar period was a strong contributing factor to the war.

They believed that the Great Depression of the 1930’s had been exacerbated by leading nations’ attempts to protect their trade from foreign competition through protectionism (a policy that protected trade companies from foreign competition through trade restrictions – such as tariffs, import quotas, subsidies). Trade restrictions led to serious conflicts between states. At the Bretton Woods Conference in July 1944, a decision was made to form the IMF and the World Bank (see Introduction).

The IMF was tasked with promoting a stable international currency system in which the currencies of different countries would be fully convertible, ie could be exchanged unhindered against other currencies. The currencies of the member countries were pegged to the US dollar, which in turn had a fixed value in gold. As a result, countries were no longer tempted to resort to devaluations (write-downs of their currencies, in order to increase their competitiveness on the world market). If the IMF member countries had problems with disturbances in the balance of payments (presentation of a country’s financial transactions with the rest of the world), they would be able to borrow money from the IMF temporarily.

Standing for International Monetary Fund according to Abbreviationfinder, the IMF was formally established in December 1945, when the first 29 member states signed the statutes. The organization began work in March 1947. Later that year, France became the first borrower. Sweden joined in 1951. During the 1960’s, the number of members grew sharply as many former colonies became independent states and applied for membership.

The fixed exchange rate system, called the Bretton Woods system, operated until 1971. At that time, the United States abolished the fixed value of the dollar in gold. The dollar had then been overvalued for several years, due to a growing deficit caused, among other things, by the Vietnam War.

Attempts to recreate the fixed exchange rate system failed and from 1973 all major currencies came to “float”, ie they were governed by supply and demand in the foreign exchange markets.

In 1978, the fixed exchange rate system was finally completely abandoned by an amendment to the IMF Statute. Each country was given the freedom to formulate its own monetary policy and either allow its currency to flow freely or link it to another currency.

Towards the end of the 1970’s, the IMF’s lending activities also changed. During the first two decades of the IMF’s operations, just over half of all IMF loans had gone to industrialized countries with temporary deficits in their balance of payments, but by now they were able to resolve their financial crises through loans in the commercial capital market. Instead, the IMF switched mainly to providing loans to developing countries. During the 1970’s, many developing countries found it increasingly difficult to repay their foreign loans, and when Mexico suspended its payments in the autumn of 1982, the debt crisis became a fact.

Together with the World Bank, the IMF was given a leading role in coordinating the worldwide efforts to combat the debt crisis. At the same time, the growing economic problems in developing countries meant that the IMF set increasingly strict conditions for lending money, so-called conditionality. The IMF considered that it was the developing countries ‘protectionist economic policy that was the biggest culprit behind the countries’ problems. Therefore, the IMF demanded that the countries seeking assistance from the Fund implement so-called structural adjustment programs. These aimed at long-term changes in a country’s economic policy with the aim of creating stable and lasting growth. These were measures such as deregulation, reduced government spending and export orientation.

The tough demands for economic reforms led to strong criticism from the debt-laden countries. They considered that the economic restructuring programs required in exchange for credit to the countries were too focused on economic problems and completely ignored the social consequences of the austerity measures.

In connection with the Bretton Woods institutions’ 50th anniversary in 1994, criticism of the IMF’s demands gained further momentum. NGOs in both poor and rich countries started a campaign, the Jubilee Campaign, demanding that the debts of poor countries be written off by the year 2000.

Finally, an evaluation of the results of the structural adjustment programs for Africa in 1986-1992 also convinced the IMF that the programs had not had the expected effect on the countries’ economies. Rather, the situation in many countries had deteriorated, as the reforms had worsened the living conditions of the poorest.

In response to the criticism, the IMF, together with the World Bank in 1996, launched the so-called HIPC (Heavily Indebted Poor Countries) initiative with the aim of reducing the debt burden of the poorest countries to a more sustainable level. According to one definition, a sustainable debt corresponds to a maximum of 150 percent of a country’s annual export earnings. However, debt relief under the HIPC was also accompanied by demands for a series of economic reforms, which were largely similar to the previous structural adjustment programs.

The real new thing about HIPC was that all lenders, both commercial banks and donor countries, would take joint responsibility for the debt relief. Through HIPC, poverty reduction was at the heart of the IMF’s work. At the annual meeting of the IMF and the World Bank in 1999, it was decided that the HIPC initiative would be expanded to provide greater and faster debt relief. The following year, the IMF and the World Bank decided to link debt relief and poverty reduction to the UN’s so – called millennium goal of reducing poverty by 2015.

To strengthen this link, it was decided that each country that wants debt relief and new loans should develop a poverty reduction strategy, a so-called PRSP (Poverty Reduction Strategy Paper). This strategy will include fiscal policy measures, as well as structural and social measures aimed at reducing poverty in the country. It is also the intention that representatives of civil society should participate in the work of producing a country’s PRSP. To give low-income countries the opportunity to borrow at a favorable interest rate, the IMF also introduced a new financing program, the Poverty Reduction and Growth Facility (PRGF).

Following an initiative from the rich countries in the G8 group, the IMF, together with the World Bank, decided in 2005 on full debt relief for HIPC countries that have met certain conditions. The new Debt Relief Initiative (MDRI) applied to loans taken out before 2005, from the IMF, the World Bank and the African Development Fund. At the beginning of 2009, a total of 26 countries had their debts written off, worth about $ 4 billion.

At the end of 2007, the Frenchman Dominique Strauss-Kahn took over as the new manager. He announced that the IMF must save to stabilize its finances. Among other things, the organization would be reduced by up to 400 jobs, or about 15 percent of the employees, in the first such reduction so far. Strauss-Kahn also called for a new income model for the IMF, which otherwise risked a large deficit within a few years.

When the mortgage crisis in the United States in 2007 developed into an increasingly global financial crisis, the IMF was criticized for not having foreseen the effects of the development. Strauss-Kahn rejected the criticism. In October 2008, the IMF stated in its half-yearly report World Economic Outlook that the downturn in the world economy was extensive, due to the worst shock in the financial markets since the 1930’s. The forecast for growth in the following years was adjusted downwards, but positive growth in the world economy was still forecast.

In October 2008, the IMF decided to set up a special $ 100 million fund for countries that were fundamentally financially sound but needed short-term loans, such as Brazil, Mexico, Singapore and South Korea. The countries in question would be allowed to borrow up to five times as much as the rules normally allow, without any tough loan terms.

As early as March 2009, the IMF announced that the lending rules would be changed again, to make it even easier for basically prosperous countries to take out large loans, without any conditions, in order to weather the crisis. The IMF had then come under focus for intensive efforts to prevent a complete meltdown in the global financial system.

Following an intervention – with loans and strict austerity measures – to save Argentina from economic collapse in 2001, the IMF’s lending activities had virtually stalled until 2008.

Then suddenly the need for emergency loans increased dramatically with the financial crisis. Until the beginning of 2009, a number of countries sought help from the IMF. Among them were the EU countries Latvia, Hungary and Romania, as well as Iceland, Pakistan, Serbia, Ukraine and Belarus.

To help the IMF deal with the growing need for borrowing, the EU demanded, among other things, a doubling of the organization’s cash, to USD 500 billion. The Executive Board (see Uppbyggnaden) pondered new ways to expand assets. Japan did its part and promised $ 100 billion. The contribution was the largest single in the IMF’s history and accounted for almost a third of the total efforts. 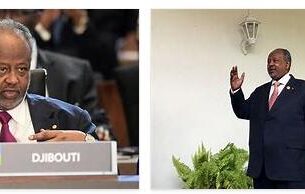 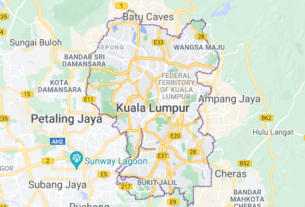