Iraq. Although two parliamentary elections and one referendum were held during the year, the country was increasingly fragmented along ethnic and religious divides. In the January 30 election to a transitional parliament, the dominant Shiite group, the United Iraqi Alliance, took home over half of the mandate and a Kurdish alliance became the second largest party group. The Sunni Muslims, who largely boycotted the elections, were marginalized. They had to settle for the presidency while Kurdish Jalal Talabani became new president and Shiite Ibrahim al-Jaafari new prime minister. A committee, appointed by the newly elected parliament, was commissioned to present a proposal for a new constitution by August 15. When the proposal, two weeks late, Presented in Parliament, Sunni Muslim members who considered it to give Kurds in the north and Shia Muslims in the south a high degree of self-government and isolated Sunni Muslims in central Iraq where oil resources are small. More than 78% of Iraq’s voters still voted in favor of the proposal in a referendum on 15 October. Many Sunnis claimed that electoral fraud was occurring, but the UN election monitors reported that the election was largely free and fair. The new constitution described Iraq as a federal republic. Some important elements were that the official languages of the country were Arabic and Kurdish, that Kurdistan was recognized as a self-governing region, that Islam was defined as state religion and as the most important basis of legislation.

According to countryaah, Baghdad is the capital and one of the major cities within the country of Iraq. The Sunni Muslim rebels, led or inspired by Jordanian Abu Musab az-Zarqawi, during the year attacked Iraqi police, police recruits, soldiers and other government officials as well as American targets. But just as often, it was civilians who fell victim. For example, in a typical attack in a Shiite area in Baghdad on July 13, 27 people were killed, most of them young children, when a car driven by a suicide bomber struck an American patrol. Coalition forces carried out several major counter-offensive against the rebels, including in the border areas against Syria, from which many insurgents were judged to enter Iraq, but these efforts had no major effect. At least 700 people were also killed in Baghdad on August 31 when panic erupted in a Shiite-dominated crowd on a bridge across the Tigris River following a rumor that a suicide bomber was hiding under the bridge.

The trial of Iraq’s former leader Saddam Hussein opened in a special court in Baghdad on October 19. The case – the least complicated in the line of charges against Saddam Hussein – involved a 1982 massacre of 148 Shiite men in the small village of Dujail 5 miles north of Baghdad. Saddam Hussein and his eight co-accused, all of whom risked the death penalty, denied the charges. The former president refused to answer questions from the chairman of the court and accused the prosecutor of lying.

One consequence of the Shiites’ increased influence in Iraq became a closer proximity to neighboring Iran. When al-Jaafari visited Iran on July 16-18, the countries agreed to establish cooperative bodies for politics, reconstruction, economy, trade and security.

The revelations continued throughout the year around the United Nations Food for Oil program, which, during the sanctions against Iraq, allowed the country to sell limited volumes of oil to buy food and medicine to its population. According to a UN report at the end of October, some 2,000 foreign companies, among them several Swedish, would have applied for valuable contracts in the country.

In the aftermath of the Jylland Post’s smear campaign against Islam in the autumn of 2005, the Basra Cooperation Council decided to demand an apology from the Danish occupation forces. The council did not get it. When a video was released in mid-February 2006 of British soldiers giving a group of Iraqi teenagers a bully, the Cooperation Council decided to discontinue any form of cooperation with the occupying forces, and at the same time demanded the Danish forces out of the country.

Unknown perpetrators on February 22 launched the Shia holy mosque in Samara. It is one of Shia Islam’s most important shrines and immediately sparked violent confrontations all over the country. The occupation force immediately blamed the attack on al-Qaeda. Others point out that those most interested in splitting Islam and the Arab world are the United States, and the United States is already known for conducting political assaults. It was the case of the so-called Tonkin Bay episode in 1964, used by the United States as a pretext to escalate its efforts in Vietnam. Only 35 years later did the US Department of State confirm that the episode was freely invented.

Only 4 months after the parliamentary elections, the Shiite parties in April 2006 agreed to appoint Jawad al-Maliki as the country’s new prime minister.

Italy’s newly elected prime minister, Romano Prodi, announced in May 2006 that Italy was withdrawing its troops from Iraq and that the entire war “was a mistake”.

The US National Intelligence Council – the highest coordinating intelligence forum in the United States – wrote in a secret-stamped report in August that the US ‘war on terror’, rather than reducing the risk of terror, has increased this. The US and other Western countries’ occupation of Afghanistan and Iraq, and the violent erosion of the rule of law from Denmark and the US in the west over the Middle East to Australia in the east, has only contributed to radicalizing environments that otherwise posed no political or security risk. Bush subsequently refused to withdraw the occupation troops from the Middle East, arguing that it would “leave the oil to the terrorists.” Parallel to this realization in intelligence circles, the demand of the occupying countries increased for the occupation forces to be withdrawn.

The US court in Baghdad on November 5 – two days before the US midterm elections – sentenced Iraq’s former dictator Saddam Hussein for the assassination of 148 Shiite Iraqis. Saddam was sentenced to death by hanging. The Bush government welcomed the verdict and termed it as an expression of a new independent judiciary. A statement by Danish Foreign Minister Per Stig Møller cacophonically repeated. Both the Finnish Presidency of the EU and Amnesty International criticized the court for not being independent of the political authorities and also criticized the use of the death penalty. The US occupation force said so far has 2-3 times as many Iraqi lives on conscience as Saddam Hussein managed to liquidate during his 25 years as dictator.

The US midterm elections became a stinging defeat for the US neoconservative right swept out of both chambers of Congress. The people reacted first and foremost to the madness that neoconservative politics had caused in Iraq, and just two days after the election, Bush had to sacrifice his Secretary of Defense, Donald Rumsfeld, and a month later, the United Nations Ambassador to the United States, John Bolton, smoked.

On 2 December, UN Secretary General Kofi Annan declared to the BBC that the situation in Iraq was now worse than civil war. This picture was confirmed on December 4 in a threat assessment from the Danish Defense Intelligence Service (FE). The service further concluded that, as a result of the wars in Iraq and Afghanistan, Denmark is a high-profile terror target. The same conclusion was reached by PET earlier this year. The Danish VKO government was silent on these conclusions. As the Social Democratic candidate for the mayor’s post in Copenhagen, Ritt Bjerregård, in November 2005 reached the same conclusion, it prompted Prime Minister Rasmussen to declare: “When you formulate what she does, you easily come out in defense of terror, at least to apologize for it.” In 2006, the VKO government denied the internationally recognized fact that Iraq has been thrown into civil war. The Left Party’s foreign spokesman Jens Hald Madsen declared: “We are in the process of handing over power to the Iraqis, and it is clear that this has some unfortunate consequences as well.” 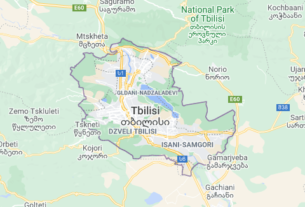 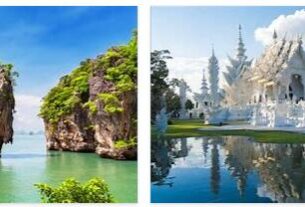