There were three parties that stirred public opinion: that of the so-called “Bielasci” – the whites – who hoped for union with Yugoslavia but with a very large autonomy, bordering on independence; that of the Yugoslavophiles, followers of King Peter, who were headed by General P. Jurišić and wanted either a pure and simple return to the former conditions or a union of Montenegro with ancient Serbia in order to create a smaller unitary state of Yugoslavia, but composed only of Orthodox Slavs; and finally, that of the so-called “zelenasci” – the greens – who represented the ancient tradition of King Nicholas’ little Montenegro and repudiated any union with Yugoslavia and would have desired either a personal union with the Kingdom of Italy, or the election of a king own, but designated by

Actions of particular cruelty and brutality against isolated Italian garrisons determined the reaction of the Italian troops and a chain of violence was established on both sides, which became increasingly difficult to break. New Italian divisions – made up of about 40,000 men – flocked and the indigenous “Chetniks” were recruited, fighting each other for personal ambitions. In July, the gen. D. Mihajlović who, in struggle with the communist partisans, first supported the Montenegrin “Chetniks”, but then, having joined the panserbian plan of Montenegro Nedić and created a command for “Montenegro, Sangiaccato and the Mouths”, gave not a little to be done to the Italian troops, while the population, in general, was kindly disposed to them. In the end, Faced with the reaction of the so-called “fifth offensive by Tito”, Mihajlović left Montenegro. But, to increase the confusion, the Anglophile Chetniks arose against the occupiers and the Albanians who aspired to annex the former Lim territory against the Montenegrins.

Failed, in December 1941, the attempt of the partisans to attack Plevlje with 5000 men, garrisoned by an Italian division, the revolt was contained. But the civil government of the regent Mazzolini, unable to sustain itself, was replaced by the military governorship of gen. Alessandro Pirzio Biroli, who was then succeeded, in the command of the troops, by gen. L. Mentasti and, in the office of governor, gen. F. Barbasetti of Prun. After 8 September 1943 the Italian units broke up and the troops partly passed to the partisans and partly were deported by the Germans. These took over from them to garrison the country and having no special interests or grudges, they showed themselves tolerant.

According to countryaah,  Podgorica is the capital and one of the major cities within the country of Montenegro.

In the 1990s, there was a major problem with cigarette smuggling in Montenegro. Smuggling is still a problem today, and not just with cigarettes. Guns, stolen vehicles, drugs, and even people are also sold illegally. These businesses are carried out by the mafia.

There are different clans within the Montenegrin Mafia, who repeatedly get in each other’s way in their business. That can lead to getting drugs. Such clashes are still carried out on the streets and there are isolated cases of murder. In politics, too, the mafia has great influence and, in some cases, control over the police.

Montenegro is an official EU candidate for accession. However, the country is only allowed to enter when the human rights situation in the country has improved, as this is currently not optimal. For example, the Roma ethnic minority is socially excluded and discriminated against.

Montenegro is a member of the football associations FIFA and UEFA. But not only Montenegrin professional footballers play the game, children also like to play football together on the street. As in many countries, football is a popular game here because all you need is a teammate and a ball.

The coast of Montenegro offers optimal conditions for water sports such as diving or sailing. These sports are particularly popular with tourists. Hikers and cyclists in particular find pleasure in the beautiful nature of Montenegro.

Life in the mountains

Hardly any people live in the highlands of Montenegro, because everyday life up there is pretty tough. However, some small mountain villages are still located in the high mountains and the people there are used to the difficult life. Often the mountain dwellers feed primarily on cheese and meat, i.e. what their goat and sheep herds give. Because it doesn’t grow too much at an altitude of over 2000 meters.

Sometimes the mountain people therefore fetch supplies from the valleys that they have to drag up the whole mountain. However, this is only possible in the warm seasons, because in winter the high mountain villages are cut off from the outside world. Snow and ice block the way into the valley. Then the residents are left to their own devices and live from what they have previously stored in the way of supplies. 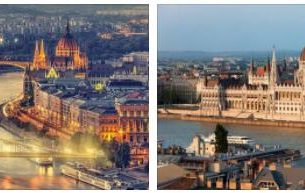 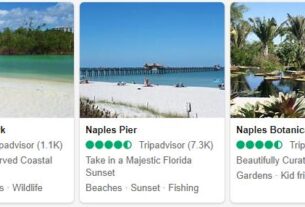