Netherlands. The first referendum ever held in the Netherlands was held in June, when voters had to decide on the Treaty establishing a new constitution for the EU. Few were surprised when the former EU-friendly Dutch voted against the treaty. The French no a few days earlier had strengthened the position of the opponents, which was already strong – even though all major parties, trade unions, business and the environmental movement were supporters. According to countryaah, Amsterdam is the capital and one of the major cities within the country of Netherlands. The victory margin was substantial; nearly 62% said no to the treaty.

Many saw the vote as a chance to protest against EU enlargement and what was perceived as a threat to the country’s sovereignty and national identity. Not least, the membership plans for Turkey aroused opposition. Immigrant and especially Muslim hostile moods had grown stronger after the murder of filmmaker Theo van Gogh at the end of 2004.

In July, Mohammed Bouyeri, a Dutchman of Moroccan origin, was sentenced to life imprisonment for the murder of van Gogh. He pleaded guilty but refused to acknowledge the court’s legitimacy and claimed that he acted in accordance with “the will of God.” Bouyeri is suspected of having ties to an Islamist network, the “Hofstad Group”. In December, he was again put to trial, now with 13 other Hofstad members suspected of planning several acts of terrorism. The prosecution was the first to be brought under new anti-terrorism legislation and was expected to be indicative.

The terrorist threat was considered to be great in the Netherlands, not least after the explosion in London in July. In October, seven terror suspects were arrested during coordinated dramatic incursions in three cities. The arrested suspects have planned murders of leading politicians. One of them was 19-year-old Samir Azzouz, who in a trial in April had been cleared of suspicions of having planned attacks on Amsterdam’s airport, government buildings and a nuclear reactor.

When the government presented its budget for 2006, it became clear that the economy was facing upwards in the Netherlands. After several years of painful austerity, tax cuts and investments in education, infrastructure and the environment were now promised. Both unemployment and budget deficits were expected to turn downward and growth to accelerate.

In October, eleven people were killed when a fire broke out in a detention room at Amsterdam’s Schiphol International Airport. The detention center housed drug smugglers and asylum seekers.

In April 2012, the Dutch Supreme Court issued a ruling on whether or not family members of those killed in the 1995 Srebrenica massacre could sue the Dutch battalion responsible for security. The Supreme Court ruling said UN entities could not be sued in national courts. Family members were thus prevented from suing the Netherlands. Instead, they decided to bring the case to the European Court of Human Rights.

In April 2013, Queen Beatrix abdicated, thereby paving the way for her son Willem-Alexander, who became the new king of the Netherlands.

The increasing xenophobia in Europe was also reflected in the Netherlands’ treatment of asylum seekers. In May 2013, asylum seekers in Rotterdam and Schiphool went on hunger strike in protest of the authorities’ treatment of them. The following month, the United Nations Torture Committee CAT expressed concern that unaccompanied refugee children were being held captive for more than the 18-month legislative limit. The same was true of families where the age of the children could not be determined with certainty. CAT also criticized the Dutch authorities’ treatment of asylum seekers and the situation in the centers. The government decided that foreigners with illegal residence in the Netherlands could be fined up to € 3,900 and up to 6 months imprisonment for repeated violation. In mid-2013, the government began sending rejected asylum seekers back to Somalia’s Mogadishu, it was termed “safe” despite UN warnings. One of the deportees was injured in an explosion in Mogadishu, just 3 days after his expulsion from the Netherlands.

In June 2015, the Netherlands paid compensation to relatives after the 1995 massacre in Srebrenica, when UN forces under Dutch leadership sent death to 5-8,000 Bosnian Muslims. In April, a court in Arnhem issued a ruling that no case of genocide could be brought against the Dutch officers responsible.

From February 2016, Palestinian human rights lawyer Nada Kiswanson, who represented the Palestinian human rights NGO Al-Haq, was regularly exposed to threats as a result of her work at the ICC in The Hague. She received numerous death threats, had her communications intercepted, harassed and slandered. Only in April did the Dutch authorities decide to take steps to protect her and start an investigation.

Following a fire in a refugee center in Rotterdam in March 2016, several refugees were put in solitary confinement, accused of “disturbing the public order” during the evacuation of the center. In October, Parliament tightened the internment rules for refugees, so it was now possible to keep them locked up in their prison cells for at least 16 hours a day. 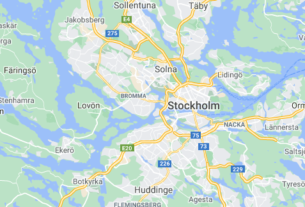