The development of the French language in the 16th century is characterized by two tendencies: on the one hand, the orientation towards Latin (and Greek) as a result of the Renaissance and humanism, on the other hand, the growing awareness of the value of one’s own language and the endeavor to expand its expressiveness (both Trends are in J. Du Bellays “Defense et illustration de la langue française”, 1549, recognizable). The vocabulary has been enriched with loan words from Latin (and Greek). The influence of Latin (and Greek) elements was also noticeable in word formation; In addition, the syntax also showed influences of Latin (for example through the increase in hypotactic versus paratactic constructions in the written language). When the lexicon was renewed, older French vocabulary as well as dialectisms and French technical terms were taken into account.

In the 16th century, efforts to standardize the French language in grammar, vocabulary, phonetics and spelling also began. In spelling, the etymologizing direction – which is usually based on the Latin word origin – prevailed compared to the phonetic direction, which had advocated a spelling that corresponds to the pronunciation.

Supported by the absolutist regime, normalization tendencies continued in the 17th century. Archaisms, dialectisms and Latinisms in particular were viewed as not conforming to the rules (F. de Malherbe, 1606), while the language used in court society and classical writers (the “bon usage”) were regarded as decisive (F. de Vaugelas, 1647). The Académie française, founded in 1635 became a codifying institution in questions of grammar, lexicography, rhetoric and poetics. Numerous dictionaries were created (including that of the Académie 1694); The elimination of competing forms in grammar and the elimination of a lack of conceptual precision in lexicons and semantics resulted in the form of the French language that has shaped the norms (essentially to this day), the most important phonetic, morphological and syntactic changes of which were thus completed.

In the 17th and especially in the 18th century, French developed into an international cultural language. The linguistic norm was generally spread throughout France in the 19th century, particularly through the press, the expansion of traffic routes, industrialization, the increase in the urban population and the introduction of compulsory schooling, and the dialects were pushed back even more. At the same time, as a result of the scientific and technical development, the vocabulary (mainly technical) was enriched not only by Latin and Greek but especially by terms from English and American, a tendency that continued in the 20th century. Discussions about the increased use of foreign words finally led to a widely controversial law in 1994, which v. a. to reduce the influence of the English language in advertising, in the media as well as in official communications and at public events (term for the French language, which is heavily interspersed with Anglicisms: Franglais). Also controversial in the 1980s and 90s was the z. Sometimes unsuccessful attempt to enforce the use of professional, rank and title names in the feminine form.

The French language of the present – compared to other Romance languages ​​- is characterized by extensive reduction of the word body as well as the phonemic and morphemic stock; the hereditary vocabulary is mostly monosyllabic, at most two syllables; therefore there are also numerous homophones (e.g. vert »green«, verre »glass«, verse »verse«, »rhyme« and »in the direction of…«, all spoken [vε ː r]). The emphasis is on the last syllable of a word or unit of speech. French has 16 vowels, including – in contrast to Italian and Spanish – four nasal vowels and the rounded front vowels [y], [ø] and [œ]. A decline (and decline) in vocal opposition can be observed particularly in spoken French, so [ ɑ] (Z. B. pâte) increasing as [a] (in patte) and [œ~] (z. B. brun) as [ε ] (in brin) spoken. The reduction of the phonetic inventory in the course of linguistic development had resulted in the loss of the two-cousin system and the compensatory use of the article (also due to the phonetically mostly identical singular and plural forms) in verbal inflection (where the phonetic differentiation through the phonetic suffixes was only partially realized will) result in the marking of the verb forms by the personal pronoun; The use of such functional words shows the tendency towards an analytical form of language. 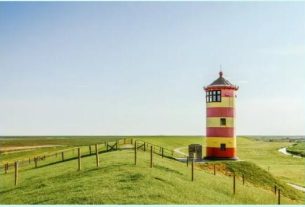 Holiday at the North Sea 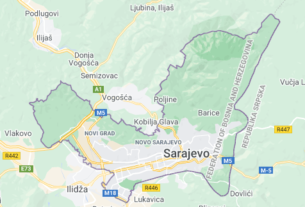