Oman. According to countryaah, Muscat is the capital and one of the major cities within the country of Oman. The country’s leader, Sultan Qabus ibn Said, in June pardoned 31 people who were sentenced in May to up to 20 years in prison for planning an Islamist coup attempt. The 31 were among hundreds of conservative religious leaders and academics who had been arrested in January accused of planning a coup attempt in connection with a popular cultural festival in the capital Muskat. The other arrested had been released.

The first archaeological essays in the Sultanate of the Oman they were conducted in the late 1950s by a team of the American Foundation for the Study of Man in Ḍofār, the ancient region of incense that occupies the southern part of the country. The extensive exploration fragmented into a series of unsubscribed polls, the results of which were partially published over twenty years later. Noteworthy is the preliminary study of a fortified port city east of today’s Ṭāqa which on the basis of epigraphic texts in South Arabian is to be identified with the Hadramutic city of Samharum, founded around the 2nd century AD to control the trade of incense.

After 1970, with the seizure of power by Sultan Qābūs bin Sa῾īd, the country adopts a policy of socio-economic renewal supported by oil revenues and opens up to the outside world. The material development is to a certain extent accompanied by the protection of traditional culture and in 1976 the Ministry of Cultural Heritage was created which incorporates the Department of Antiquities; archaeological research is encouraged and in many cases financially supported by the government of the Sultanate.

The great variety of the human and physical environment of the Oman he suggested to Danish, English and American teams and later Italian and French teams a research inspired by different themes such as funerary practices, settlement characteristics, commercial exchanges, architecture and the environment, the exploitation of natural resources. Sporadic collections of lithic tools carried out in the central-northern regions of the country and systematic research within the Wahiba sands project demonstrate the presence of hunter-gatherers along the edges of the desert starting at least from the 6th-5th millennium BC The material consists mainly of small blades, scrapers and double-sided arrowheads found on the surface, in sites where the existence is to be assumed in the same era of large pools of stagnant water.

An excavation at Wādī al-Waṭayya, a small oasis in the hinterland of Masqaṭ, has led to the discovery of hearths and associated stone and ceramic material that offer a stratigraphic sequence that can be placed between the second half of the 6th millennium BC and the first half of the 3rd, when the so-called civilization of Umm al-Nār developed, from the name of the site at Abū Ẓabī explored by the Danes in the 1960s. Large multiple stone tombs with the external face made of worked blocks and in some cases bearing figures in relief (men, ibex, camels) arise in a coastal village that is linked to inland settlements where irrigation systems allow palm cultivation from dates, sorghum and other cereals.

Funerary constructions very similar and sometimes exactly the same as those of Umm al-Nār are found almost everywhere in the Oman northern and central, of which they undoubtedly constitute the most typical and monumental archaeological aspect. Most of these are truncated cone-shaped constructions of 2 ÷ 3 m in height which are numbered in the thousands of species in the pre-mountain areas scenographically arranged along the ridges and sides of the hills. These extensive necropolises belong to village-oases (such as for example Bureimi today divided between the United Arab Emirates and ῾Oman) In which agriculture is flanked by various industries including the extraction and processing of copper that was exported to Mesopotamia, as evidenced by epigraphic texts referring to Sargon d’Accad, Naramsin and Gudea.

Research on urbanization in the 3rd millennium was conducted by a Danish mission in Bāt, at ῾Ibri, and by a Harvard University mission that explored a large area of ​​the Oman central, finding 19 settlements. An Italian mission of the ISMEO has been dedicated to the study of the exploitation of marine resources and the adaptation of man to complex coastal ecosystems since 1975. Excavations at the site of Ra’s al-Ḥamrā near a mangrove grove in the capital area have yielded a wealth of data on burial customs and the life of fishermen-hunters established perhaps seasonally in the area between the 5th and 3rd millennia BC Over numerous seasons During the excavation, rich funerary objects and objects of common use associated with burials, circular huts and extensive shells have been found. 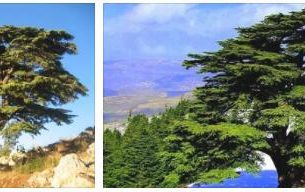 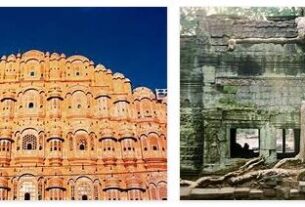 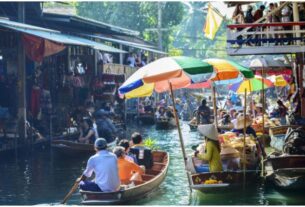