The Pakistani art took by the location at the intersection of Indian subcontinent, on Near East and Central Asia Indian, Persian, Afghan-Pashtun and Arab influences. The urban Indus culture with Harappa and Mohenjo-Daro already existed in the 3rd millennium BC. It followed from the 1st century AD. the Buddhist Gandhara art with Greek style influences. From the 8th century onwards, Islam had a decisive influence on the country’s cultural identity. Under the Mughal rule (1526-1858) it experienced its first heyday. The mausoleum of the Mughal Mughal Jahangir and the Badshahi Mosque in Lahore have been preserved from this period. The Minar-e Pakistan minaret in Lahore, built in 1968, is a landmark of modern Pakistan.

In addition to the official languages ​​Urdu and English, Pakistani literature is also written in regional languages ​​such as Punjabi, Sindhi, Baluchi and Pashto. In his philosophical writings M. Iqbal formulated the ideological basis for the formation of the state of Pakistan. He is revered as the national poet of Pakistan. In the second half of the 20th century, the influence of Western, especially Anglo-Saxon, literature increased sharply. In addition to the predominantly lyrical forms such as the oriental ghazel more genres like the novel, the narrative and the drama have entered. Translations and adaptations of Western classics have played an important role as mediators of literary drafts. One of the Urdu writers in the post- Iqbal generation is the poet and publicist Faiz . The English-speaking authors include the writer and journalist Mohammed Hanif (* 1964) and the novelist Kamila Shamsie (* 1973).

Even before Pakistan’s independence in 1947, there were six film studios in Lahore. Lahore has remained the center of the film industry alongside Karachi. Well-known directors are Javed Sheikh (* 1954), who made the film “Mushkil” about child laborers in 1995, and Sabiha Sumar (* 1961), who addressed the role of women in Pakistani society and made numerous documentaries in addition to feature films. Journalist and filmmaker Sharmeen Obaid-Chinoy (* 1978) received the Oscar for best documentary short film in 2012 and 2016.

Traditionally, Pakistani music is a fusion of Persian-Arabic music with Indian styles. Spiritual chants to drums express love for God in the Qawwali of Sufism. The best known performer of this type of music is Nusrat Fateh Ali Khan (* 1948, † 1997). Secular music is closely related to that of northern India and is played with the sitar, tabla, harmonium and other traditional instruments. Modern pop music is a mixture of Pakistani and Western elements and, like in India, is closely related to the film industry.

In sport, Pakistan is one of the most internationally successful nations in field hockey and squash. The most popular sport is cricket. Prime Minister I. Khan was the captain of the Pakistani national cricket team in 1982/83 and 1988-92.

According to estatelearning, Pakistan has a rich literary heritage in numerous languages, beginning with the Arabic religious tradition that has existed since the conquest of the Indus Valley in 711. After the year 1000 the Persian court and literary language was introduced, which was cultivated in annals, courtly and mystical poetry using all forms developed in Iran. What was important was the proportion of the national languages ​​Baluchi, Pashto, Punjabi, Sindhi, in which martial and romantic ballads, prophetic songs, mystical folk songs, love songs, riddles, etc. can be found.

Poetry in Baluchi has only recently been recorded in writing, and bards played an important role until the end of the 19th century. Modern literature is shaped by nationalism; its most important representative is Gul Khan Naseer (* 1914, † 1983).

Classical Pashto literature reached its peak in the powerfully colored verses of the warrior leader Hushal Han (* 1613, † 1689), who was referred to as the “father of Pashto”. Modern Pashto literature criticizes evils of feudal and tribal society of the Pathans. Important authors are Hamza Shinwari and Ashraf Durrani.

In Punjabi as in Sindhi, folk poetry has been made the basis of singable poetry by mystics at the latest since the 16th century. Sultan Bahu († 1692), Bulha Shah († 1752) and Varis Shah (* 1735, † 1784), who mystically shaped the legend of Hir Ranjha, are to be mentioned in Punjabi. In contemporary literature, social realism dominates. Important representatives are Azal Ahsan Randhawa, Sajjad Hyder and Shafqat Tanveer Mirza.

After 1853, in addition to poetry, which continued to flourish, a varied prose literature emerged in Sindhi, while Punjabi was used less often as a literary language by the Muslims. Shaile Ayaz is one of the most popular Sindhi writers of our time; his poetry has a strong regional focus. Most contemporary writers, however, make use of Urdu, which was literarily developed in northern India in the 18th century , in which today, in addition to scientific prose, all literary genres from drama to short story are well represented. The dominant figure in Pakistani literature is the European educated M. Iqbal who called on Muslims to regain self-confidence in numerous Urdu and Persian poems and whose rousing verses in Urdu and Persian, including his answer to Goethe’s “West-Eastern Divan”, have been translated into many languages. Josh Malihabadi (* 1894, † 1983), Faiz (* 1911, † 1984) and Ahmad Faraz (* 1931, † 2008) are the leading Pakistani Urdu poets of the past decades. As the narrator, v. a. Saadat Hasan Manto (* 1912, † 1955) Qurratulain Hyder (* 1927, † 2007) and Intizar Husain (* 1925, † 2016). 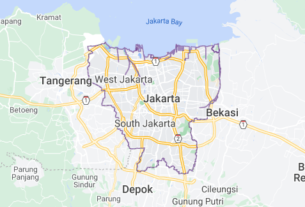