Currently the Ministry of Social Development of Panama coordinates the campaign against domestic violence and sexual abuse of minors.

The Ministry of Social Development of Panama is characterized by the social inclusion of priority attention groups, boys, girls, men, adults and people with disabilities.

Identifying the most significant problems that affect thousands of students in the country is one of the goals set by experts during the first workshop towards a real structuring of the Social Commitment to Education.

According to andyeducation, Panama has a teaching system with wide coverage in primary education, but with low quality learning, lack of equity and opportunities, especially for students from areas of greater poverty.

In addition to the inequalities, the Panamanian educational system suffers from inefficiencies. According to the World Bank, one of the main inefficiencies is that, although teachers are well paid and prepared, that preparation is not always well focused on the task they are going to have. It happens, for example, that although three-quarters of teachers teach multi-grade classes, they are not given any training in the pedagogical techniques for this type of teaching. The result is that children in these classes receive a lower quality education, says the WB. Due to poor teaching and other problems, it takes Panamanian children an average of 13 years to complete an educational cycle that should be only nine years.

The culture of Panama is a mix of Spanish, African, Amerindian and American traditions. In pre-Hispanic times, several cultures stood out: the Chiriquí, in the homonymous province and part of Costa Rica (stone and ceramic burials predominate); culture of the Veraguas region (gold metallurgy is notable, as well as ceramics); Monagrillos culture, in the bay of Parita (the smooth ceramics stand out), and the Coclé culture, in the homonymous province and in the Azuero peninsula (varied stylized ceramics and extraordinary goldsmithing and gold jewelery – inlaid with precious and semi-precious stones, in addition helmets and pectorals). See Pre-Columbian Art and Architecture. Panama preserves numerous colonial buildings, such as the cathedral and the church of Santo Domingo, in the capital.

In the field of Panamanian literature, the neo-romantic poet Ricardo Miró, a great national figure; the vanguards arrived in Panama at the hands of Rogelio Sinán, narrator and poet; from Panamanian realism stand out Joaquín Beleño, narrator and journalist, and Tristán Solarte, both concerned about the cultural identity of their country. Other illustrious figures are Elsie Alvarado de Ricord and Tobías Díaz Blaitry.

Panamanian dances, music and celebrations are festive in nature. The little drum, a dance sung based on palms and drums, dates from the 17th century ; the cumbia, very popular in Panama, is a dance of African origin. A traditional percussion instrument is the güiro, which is used as a musical accompaniment in dances, dances, and religious acts. One of the world famous Panamanian composers and performers is Rubén Blades, considered one of the best Latin artists of tropical music.

The Museo del Hombre Panameño, which was founded in Panama City in 1976, houses an interesting collection of archaeological and ethnographic materials. Other notable museums are: the Museum of Natural Sciences, the Museum of History of Panama and the Museum of Colonial Art, all of them in the capital. 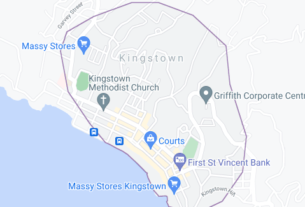 Saint Vincent and the Grenadines 2005 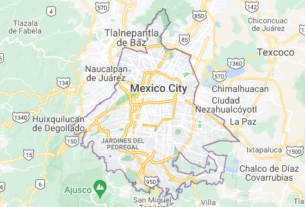