After the election, the opposition declared that the candidate Vojislav Kostunica had received over 50% of the vote and that it was therefore unnecessary to conduct another round of elections. Still, after several days of silence, the Election Commission announced that Kostunica had received 48.22% of the vote against 40.23% for Milosevic. This distribution necessitated the implementation of a 2nd round of elections. The US and EU criticized the scams during the election, declared that the Election Commission had lost all credibility and demanded that Milosevic acknowledge his defeat.

A popular uprising organized by the opposition as the police and military joined, Milosevic withdrew. After intense negotiations with Milosevic’s supporters in parliament – where they still held a majority – Kostunica was inaugurated as new president. In early November, new elections were held for parliament, and the new parliament elected one of Milosevic’s supporters, Zoran Zizic as new prime minister.

The new President Kostunica was welcomed in the West, but he himself was a Serbian nationalist and his government would not facilitate a settlement in Kosova. However, it was the United States and the EU’s hope that the presidential shift would weaken Milosevic’s strong grip on power and that Kostunica could become a transitional figure for a Yugoslav regime under stronger Western control.

In January 2001, Milosevic was placed under house arrest and in April transferred to a prison. The prosecutor announced at the same time that an indictment was being prepared against Milosevic, but the following month US President George W. Bush interfered, declaring that continued assistance to Yugoslavia depended on whether the country extradited Milosevic to the war crimes tribunal in The Hague. The authorities bowed, and on June 28, Milosevic was extradited to The Hague. That prompted Prime Minister Zizic to resign. At his first court appearance in July, the president refused to recognize its legitimacy, declaring that the purpose was “to produce false information to legitimize NATO’s war crimes in Yugoslavia”.

In August, as the tool for revitalizing the economy, the first mass fire in the country was conducted in 50 years. Since the end of World War II, Yugoslav workers had been guaranteed to be employed for life, but this scheme ceased when, after several weeks of negotiations with the unions, the government fired 8,000 out of 12,000 workers at the Zastava car factory in the city of Kragujevac. Minister of Economy and Privatization, Aleksandar Vlahovic declared that the government would invest 60 million. US $ in the Zastava factory to increase its production to 11,000 cars per year. Before Yugoslavia’s dissolution in 1991, the factory had produced 230,000 cars annually and the 45 companies in the Zastava group were the jewel of the Serbian economy. But the two rounds of UN financial sanctions began the group’s downturn, and it became a symbol of the economic disaster the country experienced in the latter half of the 90’s. The Milosevic government had never laid off workers and even during the war and bombing, workers received a minimum wage of US $ 10 a month.

One of Serbia’s 5 Deputy Prime Ministers, Vuk Obradovic, was replaced in May by the new Prime Minister, Zoran Zizic. Obradovic chaired the commission that investigated Milosevic’s last 10 years in power, but had been accused by dozens of women of sexual assault. Among the women were both secretaries, parliamentarians and journalists. Obradovic himself refused to leave the post, declaring the charges false. Acc. he was the supporter of Milosevic who had exploited the women to blackmail him, thereby forcing him away from the post. 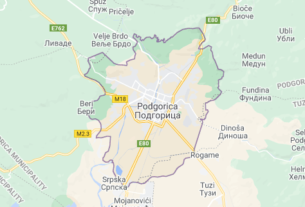