A decision was made in 1948 to establish the International Trade Organization (ITO) as a specialist body within the UN. However, the ITO never became a reality because the US Congress refused to approve the agreement, which was considered to restrict the nation’s freedom of action too much.

When the great power the United States chose to stand outside, other countries also did not want to bind themselves to the ITO’s regulations. The ITO tank was not completely dead until 1950, but at the same time an international trade agreement, GATT (General Agreement on Tariffs and Trade) had been concluded. The GATT, which entered into force on 1 January 1948, covered 23 countries, including the United States.

Initially, GATT mainly included industrialized countries. During the 1950’s and 1960’s, several new member states flocked, which was due to the fact that many colonies in Asia and Africa became independent. Despite the developing countries’ increased influence from the 1960’s onwards, the developed countries continued to dominate the organization. The Kennedy Round (1964–1967) was largely a confrontation between the United States and the new international player, the European Economic Community, the EEC, the forerunner of today’s EU. The tariff reductions of an average of 40 percent for industrial goods that were implemented largely reflected the interests of the developed countries.

It was also primarily the developed countries that drove the reductions in so-called non-tariff barriers to trade (quotas, regulations and other barriers to trade that are not tariffs / tariffs) that were the result of the Tokyo Round (1973–1979). Agreements were also reached on joint tariff reductions on many industrial and agricultural products, as well as on the liberalization of trade in civil aircraft.

In September 1986, an eighth round of negotiations began, the so-called Uruguay Round. The developing countries pushed for the introduction of agricultural and textile trade. Some developed countries, in turn, got through their willingness to negotiate on “new” issues: trade in services (such as tourism and banking), trade-related investments and intellectual property aspects (such as patents and copyright). The Uruguay Round lasted until 1994 and laid the final foundations for the formation of the World Trade Organization, WTO, which on 1 January 1995 replaced GATT.

According to ehistorylib, the WTO is a permanent international organization, unlike GATT, which was basically an agreement on rules for international trade in goods. This means, among other things, that the WTO also monitors that member states follow agreements entered into, constitute a forum for negotiations on disputes and have decision-making power when agreement cannot be reached.

The key elements of the old GATT agreement also form the basis of the WTO’s agreement on trade in goods. During the Uruguay Round, new agreements were added which include, among other things, trade in services and intellectual property rights (GATS and TRIPS). When the WTO was formed, a new principle was introduced, which is usually called single-undertaking. It means that all countries must sign all parts of each new agreement.

The formation of the WTO, half a century later than originally thought, did not lead to a reduction in world trade conflicts. The WTO has come under fire for growing criticism of globalization and the differences between member countries remain great. This applies mainly between developed and developing countries, but also between other groups.

At the third Seattle Ministerial Conference in the fall of 1999, a decision was made to launch a new round of negotiations, the Millennium Round, which was scheduled to begin in 2000. But the parties were too far apart, and the meeting was mostly marked by violent demonstrations.. Behind the protests were critical organizations that considered the WTO rules to be a threat to, among other things, the environment and the world’s poor.

Instead, a new round of negotiations began in November 2001 at a ministerial meeting in Qatar’s capital Doha. The so-called Doha Round was launched as a “development round”, with the aim of making trade rules more equitable for developing countries. The agenda included tariffs on agricultural and industrial goods as well as rules for trade in services and intellectual property rights. The Doha Round was originally scheduled for completion in January 2005.

However, the differences of opinion have continued to prove large, mainly between industrialized and developing countries. Trade in agricultural commodities is a central issue in the tenacious negotiations. Talks broke out at the Fifth Ministerial Conference in Cancún, Mexico in 2003.

At the Sixth Ministerial Conference in Hong Kong in December 2005, certain partial agreements were reached and the plan was to complete the negotiations by the end of 2006. In July of the same year, however, the talks completely failed. All sub-agreements with time frames were revoked and the end dates of the negotiations were postponed indefinitely. A seventh ministerial conference had not yet been held just over four years after the sixth, despite the fact that ministerial conferences should actually be held at least every two years.

During intensive negotiations at the WTO headquarters in Geneva in July 2008, many believed that a settlement was within reach. But agricultural imports once again became too difficult a nut to crack. Strong disagreements between the United States on the one hand and India and China on the other caused the talks to fail after nine days. The latter insisted on a special security mechanism, which would allow developing countries to raise tariffs on certain agricultural products to protect poor farmers in the event of sudden increases in imports. The United States saw it as an unacceptable obstacle to trade in agricultural goods, while India and China saw it as a vital security for farmers.

Attempts were made at the end of 2008 to resume talks in the stalled Doha Round, but they were thwarted by then-WTO chief Pascal Lamy, who judged the prospects to be too small. 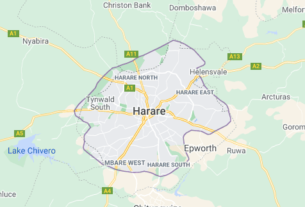 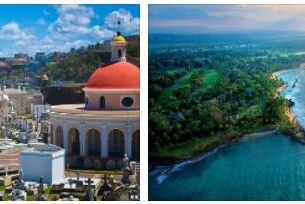